The visual changes to macOS Big Sur are actually the small part. Snazzy Labs explains why the Mac will soon gain a touchscreen.
Purchase an iPhone 11 Pro - amzn.to/3i0DxzW
Purchase an iPad Pro - amzn.to/31cp4Lt
Purchase a MacBook Pro - amzn.to/2B93ahB
Subscribe to my podcast Flashback! - relay.fm/flashback
Follow me on Twitter - twitter.com/snazzyq
Follow me on Instagram - instagram.com/snazzyq
Apple announced macOS 11 Big Sur to much surprise this last week at WWDC. Along with the transition to ARM came a bevy of visual changes (we won’t call them upgrades, per se) and the announcement that Apple Silicon Macs would be able to run iOS apps without modification. Not only that, but that Apple would be placing all iPad and iPhone apps available to download in the Apple Silicon Mac App Store by default unless the developer specifically states that they don’t want it listed. A bunch of multi-touch apps and games require touch input, however, and we’re as sure as ever that touchscreen Macs are on the horizon despite Apple’s insistence that they’re not coming soon. We talk about visual indications we’ve found hidden in macOS Big Sur that help argue why macOS Big Sur hidden secrets hint at a touch-capable future. #macOS #BigSur #SnazzyLabs

I feel this is the downfall of mac os...

8:05 - exactly me thoughts during the presentation! Why would they design all new switches like that?! Does not make any sense when using a mouse. Too fat, too much travel. I‘m 100% sure with Apple Silicon MacOS and iOS especially iPadOS are going to be merging. On going separation wouldn‘t make any sense: Same chipsets (kind of), same architecture, same app foundation. I mean, that‘s they way it has to be with that and the possibilities are unheard of! I‘m expecting a MacBook / MacBookPro with iPad like features, like touchscreen in the same way as the iPad matures into a real computer. And it absolutely makes sense. All those statements about interfaces where just a picture of the moment.

The Surface Studio... really.... have one in the office... its always on the lowest angle because its just working as a Whiteboard... nothing else... pen input not touch.... mouse because Win10 still isnt there yet...

To Apple.... not only is touch ergonomically terrible, so are your keyboards!

I'm not sure about everyone else, but I find it really odd that people think we need an app for everything on a desktop/laptop environment. Like, who is going to use a twitter app instead of the twitter website on a desktop??? That is simply too inconvenient to have to open all of these separate applications when it is already streamlined using browsers...

Web apps suck compared to native ones. This is a well-known fact.

apple is surely at a crossroads. i for one will wait until the dust settles in a few years to decide if i will indeed switch from windows to macos. but times are exciting.

I still think a touchscreen on a laptop/desktop is an awful idea. I know everybody disagrees with me. But a lot of bad ideas are popular. Pet rocks were once popular too.

Anybody explain how he is he playing Wind Waker with an XBOX controller on an iPad at 3:37?

I wonder if they will bring macos support to ipads

Another good analysis. Thank you. Maybe the roll out of the hardware has been constrained by COVID. Standby to standby.

It makes sense on a MacBook but not on a desktop I can’t see any comfortable scenario where reaching at full stretch across a desk, the width and working height of a 27” or 32” display would ever be comfortable, not for 12 hour work days. I’d rather use a Wacom with a larger desktop display. Plus trying to retouch with ANY fingerprints on a screen is annoying as it stands I can’t begin to entertain the idea of working with a never ending layer of fingerprints and smudges all over the image I’m working on. Any time saved in navigation is negated by constantly having to clean the display.

I've had a Windows laptop with a touchscreen since 2012. That is how far Apple is behind.

Etek Dav I’ve hade a windows laptop with a cd drive since 2004. That is how far Apple is behind

Nice to see freenas ui used in at 3:52. I along with few other enjoyed developing it at ixsystems.

Slippery slope. I love my apple pencil / ipad pro experience. But I would also like to run Procreate on Mac OS with an oversized trackpad that can accept apple pencil as a pen tablet. hmm.

This is boring... at 4:02, i have an asus ROG laptop with touch screen that i got back in 2016. Never liked the idea of using a combination of Keyboard-Mouse-Screen. It just really sucks. Why are you talking about this like apple is innovating? Cmon it’s just pathetic. Since Jobs died Apple is just an absurd joke.

I doubt they will make an existing Mac a touchscreen ..yet, but introduce a massive iPad or something new that runs macOS first

0:57 *releases ipad pro* edit: just realized this was in the video so yeah.

Why do you have trouble saying Big Sur? It's literally just pronounced "ser" like you said it when you were joking.

Lol lol lol you guys are getting the windows 8 treatment

apple is riping off for ages to come.

I think apple is gonna eventually hit us with a single board computer with really high specs that can run MacOS and IOS. The furture is docking.

The Legend of Zelda: The Wind Waker

if they dont fix this then i wont update.

1:27 I thought he said “we love the mac because it’s expensive”

I absolutely hate my pointing device to obscure my view of my display for the majority of my tasks. Mouse/trackpad pointer > finger/hand/arm. I use professional music creation apps. Apple are about to kill off their professional user base if they go ARM and push IOS onto OSX.

Imagine if there was some next level marketing plot twist where the Pro Display XDR is revealed to be a touchscreen the whole time that just requires software activation. A man can dream.

Can you tell me please how to play Zelda on iPad?

ive had a touch screen on my X1 carbon for 5 years and i haven't used it in 5 years.

Jobs was less wrong than the Cock is and will be.

Vertical touchscreens are really not ideal. Steve Jobs was very right in almost anything, it is sad that Apple started selling sh1t for gold after he died.

Plot twist: Apple says they won't do Touch screen Macs just to make it seem amazing when they finally do. Lower expectations to put minimal effort in impressing.

they wont make arm macs, their not better than x86 and will require porting and will be a crappy mixed os

I have a touch screen win10 laptop and I find myself often preferring touching the screen to using a mouse. I feel that it is because we humans prefer to to things than move a mouse. Apple would gain many new users if a ARM touch mac comes out. The streamlineness of the MAC OS paired with giving users the choice of touch would be awesome. 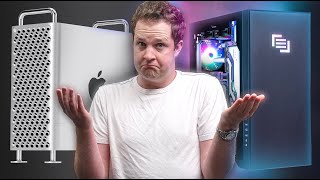 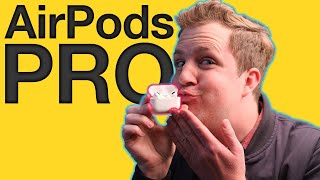 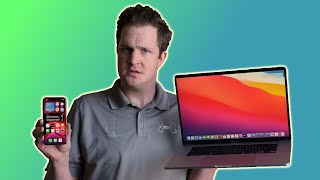 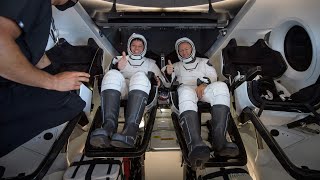 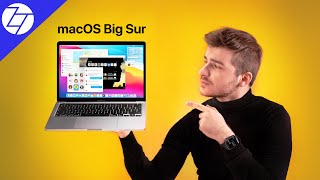 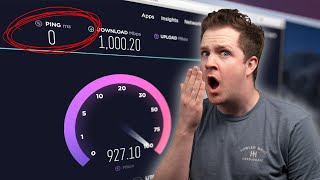 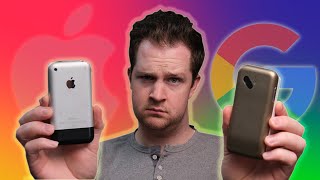 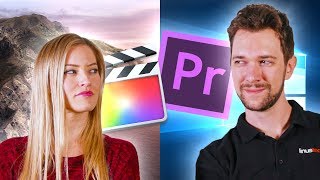 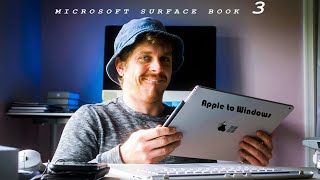 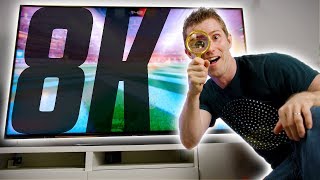 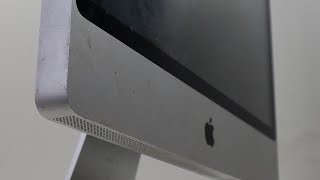 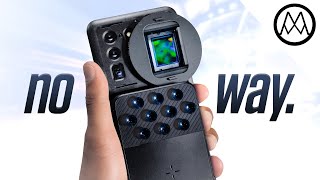 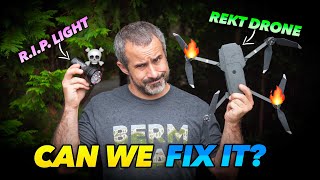 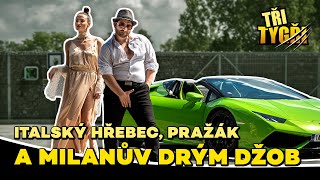 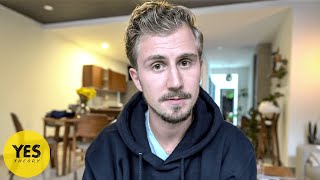 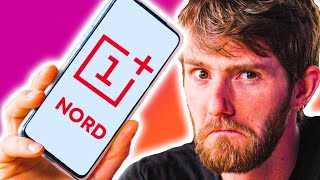 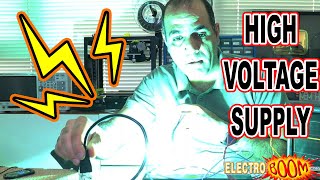 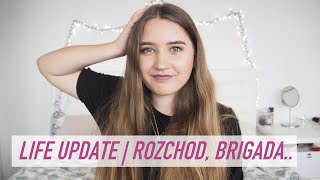 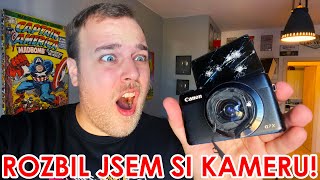 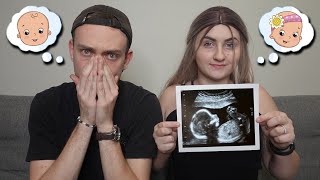 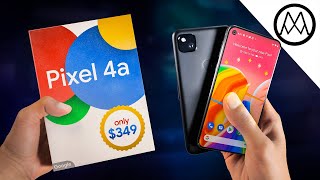